Writing Henry – where the stories come from

It occurred to me that people might be interested in the process I use to write these childrens’ stories, which are very different to writing either stories or novels for adults. In the first of this mini-series, I introduced you to Henry. Now I’d like to talk about where the stories come from.

The inspiration for them comes from many sources.

Football Boots was the result of overhearing a conversation between two boys on a train; they were clearly deadly sporting rivals, but were being very gentlemanly about it. I liked that their friendship took first place.

The Necklace in question was a gift from one of my daughters. It stands about a centimetre high, made of some ebony-black South East Asian wood, bound in silver chains. It looks very real. I live in a rural village, with horses up and down my road all the time, often leaving behind free manure. The thought of the pile of poo an elephant would leave – and one of my neighbours leaping on it, for their roses – was the clinching image…

I’m not sure where the idea for either the Teapot or the Dinosaur came from. Those stories just emerged fully formed! I do have a Brown Betty teapot, just the shape and colour of the one in the story, though.

The Bird Bath evolved from my own love of karate. I’ve been doing it for quite a few years now, and am becoming vaguely competent, at least – but I also love watching the joy that youngsters take from doing the flashy stuff! I have, embarrassingly, messed up a kick just like Henry did, luckily with no bad consequences!

I was lucky enough to see the Viking exhibition at the British Museum in London over the summer. I knew I wanted to write about a Viking artefact; but initially, it was the tiny Valkyrie statue that caught my imagination. No story was coming, though – usually a sign that I’m barking up the wrong tree! I went Googling for her picture, to try and kick-start her imagination, with a rubbish search term – just “Viking artefact”. From the page of images, two leapt out at me – and I knew I had both the item in my story that Henry draws, and the Viking who had to be in it too. 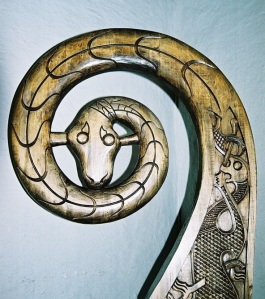 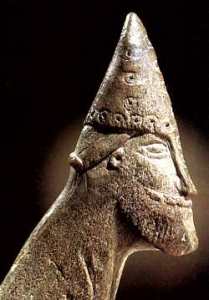 The first three Henry stories have been available for some time, either as a bundled paperback, or as individual electronic stories. The next three are due for imminent release, with three more planned early in 2015.

The stories are:
Book 1
Henry and the Necklace – In which Henry meets a surprisingly large elephant.
Henry and the Magic Teapot – Henry tries to give his Nan a present – but she is not happy with the results!
Henry and the Football Boots – Henry has to choose between being brilliant at football, or hurting his friend.
Book 2
Henry and the Viking – a trip to the museum has some interesting consequences.
Henry and the Dinosaur – Henry’s brother Mike creates a big problem!
Henry and the Bird Bath – Henry swears never to try karate again…
They are all on my Amazon page: UK and US

As a bonus, I’m recording Henry and the Football Boots, and will be giving that away during the next release.
Sign up for my newsletter: http://eepurl.com/9xPxv
Connect with me online:
Twitter: http://twitter.com/moxeyns
Facebook: http://www.facebook.com/nicky.moxey (Nicky)
https://www.facebook.com/pages/Henry-and-the-Magic-Pencil/542341045784909 (Henry)